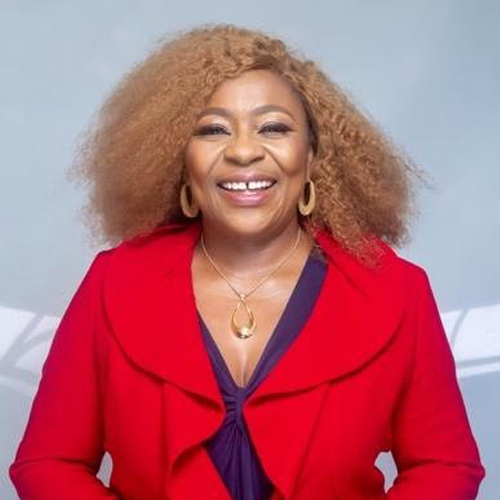 Kathryn Fasegha graduated in 1987 with a B.A (Hons.) in Theatre Arts and an M.A Broadcasting in 1992. She is a London School of Journalism trained writer and has written for Economic, Business and General Interest magazines in the Middle East and an oil and gas publication in Calgary, Alberta.

In the course of her career, Kathryn has worked as an Admin Coordinator with the office of the Pro-Vice Chancellor, Sultan Qaboos University, Muscat, Oman, a Customer Service Coordinator with Outpost Oman. She also worked for a number of years in the Canadian banking industry and ran a property management company in Calgary Alberta for 8 years. In ministry, Kathryn has been involved in Drama evangelism for the past 23 years and has set up drama evangelism ministries in churches in Warri, Nigeria, Muscat, Oman, Calgary, Canada and most recently at RCCG Olive Tree Parish, Lagos, Nigeria.

Kathryn is an award-winning filmmaker who released her first full length feature film “Treacherous Heart” in 2012. Treacherous has been screened in various venues across Canada, as well as in festivals within Canada and the United States.

Kathryn continues to create compelling stories for stage, Television and film. Her latest film “2 Weeks in Lagos” premiered at the Cannes Film Festival in May 2019 and opened in Cinemas across West Africa on February 12, 2021 and on virtual cinema platforms. “2 Weeks in Lagos” is set to debut on Netflix in the summer of 2021. “2 Weeks in Lagos” was nominated for an AMAA (Africa Movie Academy Awards) 2020 award for “Best film by an African living abroad”

Kathryn has two feature films “A Cord of 3 Strands” and “Last Flight from Lagos” currently in development with principal photography tentatively scheduled to begin in fall/winter 2021. A Television Series “NaiCana” is also in development with a pilot episode planned for the first quarter of 2022. Kathryn is a member of Film Fatales LA; African Women Acting (AWA) Canada; the Calgary Society of Independent Filmmakers (CSIF) and Women in Film and Television Alberta (WIFTA). She is also the current president of Black Film Guild Canada, Alberta chapter.