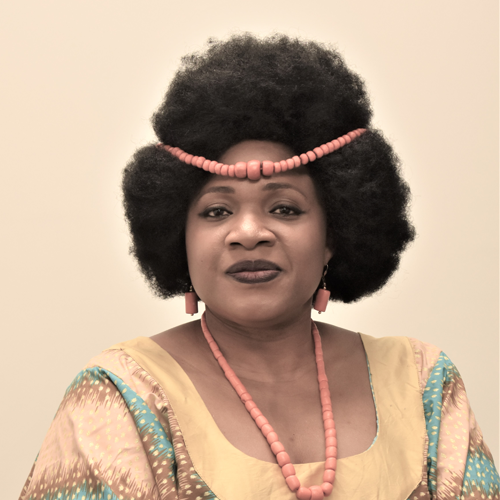 Isoken Ibieorutomwen also known as Isoken Ibie is a Nigerian-Canadian actor and producer. She is a trained stage actor and has performed different roles in theatre plays, Nollywood movies, and commercials. Her experience as a producer includes Complicated Lies and When Love Hurts (currently filming).

She graduated in 1998 from the University of Benin with a Bachelor of Art in Theatre Arts. Complicated Lies, her first feature film was premiered in Toronto, Canada and had two official film festival selections by Benin City Film Festival (2018) in Nigeria and Rollywood Film Festival in Trinidad and Tobago (2020) where it won an award.

Award winning spoken word artist and art educator Isoken, continues to be a force to reckon with in the GTA. A change advocate to art and culture, she has been an active artist and producer since 2017, performing on various stages, and facilitating workshops throughout the GTA. Isoken is the founder and director of the Nigerian Canadian Settlement Centre, an organization that works with children and families in providing workshops, activities in the area of African poetry, storytelling and children games in the GTA. The organization has built a space for children and families to create and perform.

Isoken Ibie received an Achievement Award in Film / Acting 2019 from the Toronto International Nollywood Film Festival for her services to the film industry in Canada. She also received an Award in 2016 for Excellence Award for her contribution and support to arts in Canada.

She is currently the Director of Research Theatre Arts Motion Picture Practitioners of Nigeria, Canada Chapter. Besides these engagements, Isoken is a wife and a mother of four young children.