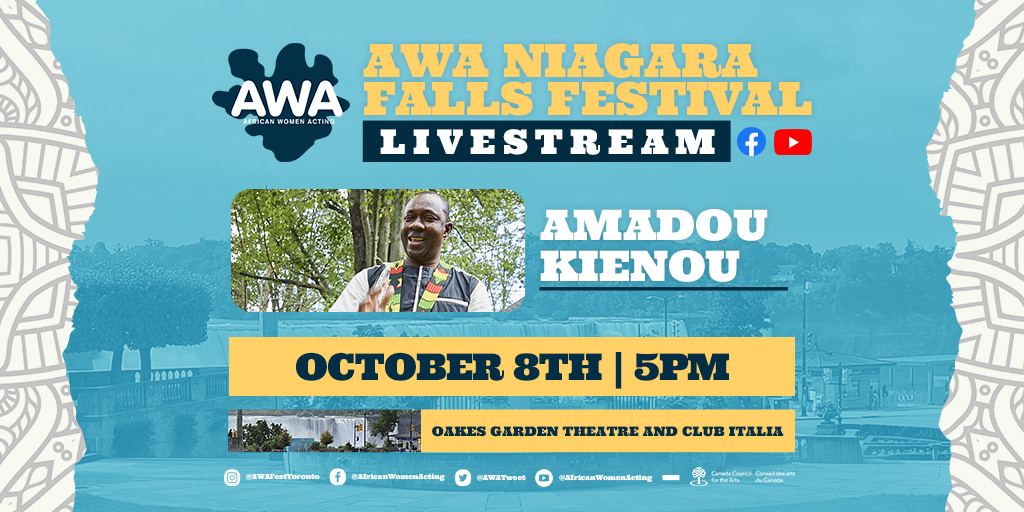 Master drummer Amadou Kienou hails from Ouagadougou, Burkina Faso, West Africa, once part of the vast ancient Mandingo Empire. A descendant of the Dafin people, Amadou was initiated as a djeli or griot (an oral historian), one of a long line of griots whose role is to preserve and transmit their people’s history, culture, and values.

Nowadays, bringing the traditional to the contemporary, Amadou delights international audiences with his unique polyrhythmic expression of emotions and memories.

The djembe is Amadou’s principal instrument. As he describes it, “the djembe is more than a musical instrument; it is an extension of the musician through which he expresses his life, his emotions.” Mastery of the djembe requires a lifetime of discipline and dedication, and the guidance of a djembe master, provided, in Amadou’s case, primarily by his father, the late revered Baba Kienou. Amadou plays several other traditional African instruments – the dunduns, the n’goni, and the tama, not to mention the Western guitar and drum set.

In order to comprehensively achieve our goal, we ardently support female African artists and those of the diaspora and champion related issues. As we are a community of women, the agenda of addressing social activism for social issues such as sexism, discrimination, racism, homelessness, gender-based violence and mental health are some aimed at to eradicate. Through artistic expressions, AWA brings these issues to light and offers knowledge, support and solutions.

Although AWA prioritizes promoting female African artists, we strongly believe in inclusivity in the arts community. We encourage partnerships and collaborations with artists of all genders, ethnicities and religious or spiritual beliefs.